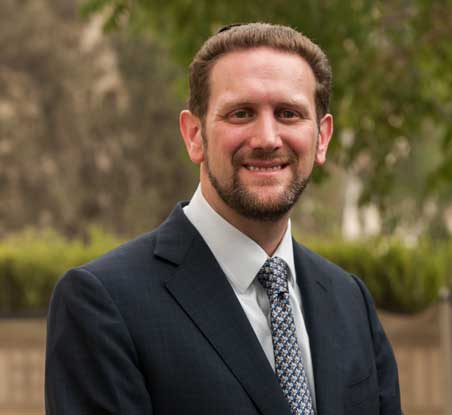 Rabbi Dr. Yehuda Seif is a scholar and community builder whose dream it has been to open an integrated yeshiva/midrasha program.

He studied at Yeshivat Har Etzion and received his ordination from Rav Zalman Nechemiah Goldberg. He received his BA from Columbia College, his MA in Religion and Education from Columbia’s Teacher’s College, and Israeli Teacher Certification from Herzog College.  He was a fellow at the Center for Jewish Law and Contemporary Civilization at the Cardozo School of Law, and he completed his PhD in Religious Studies at University of Pennsylvania. Rabbi Seif has extensive formal and informal educational experience teaching and leading programs for high school and college students. He served as a Senior Program Officer at the Tikvah Fund, a foundation devoted to Jewish excellence and promoting serious Jewish thought about the enduring questions of human life and the pressing challenges that confront the Jewish people.  After initiating a high school scholars program at the foundation, R’ Seif taught Tikvah Scholars classes at Kohelet Yeshiva High School, focusing on the intersection between Jewish law, thought and Western Humanities. He served as the Jewish Learning Initiative on Campus educator at the University of Pennsylvania from 2002-2006.
​
He, along with his wife Orit and their five sons currently live in Efrat. 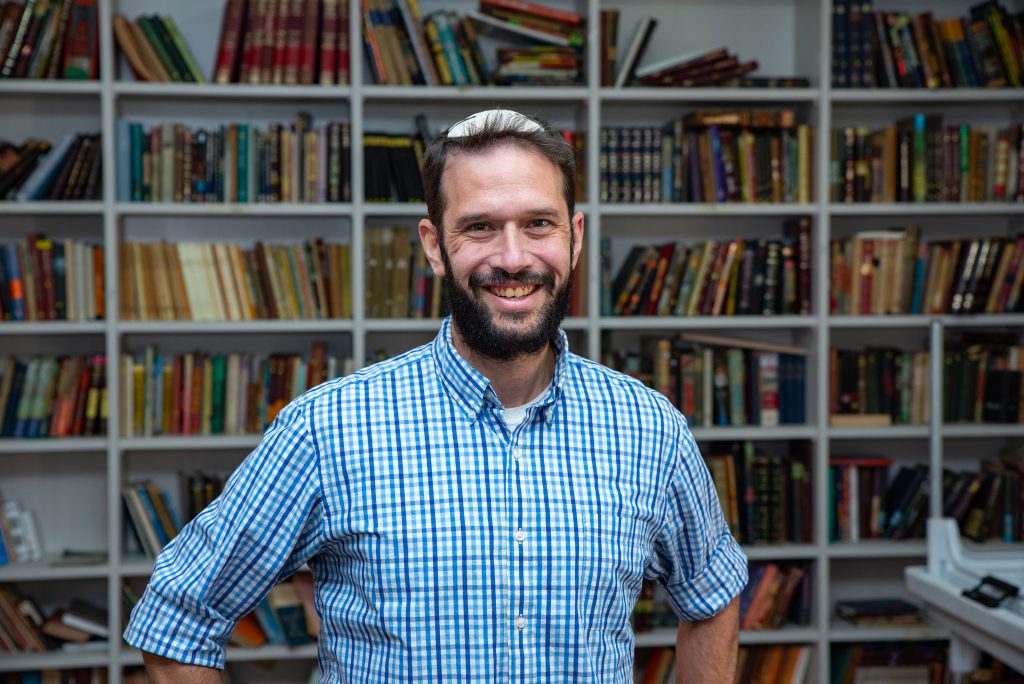 Rav Yair HaLevi (Eisenstock) received his rabbinic ordination from the Rabbinate of Israel and Yeshivat Hamivtar as well as a B.Ed and M.Ed Degree in Talmud and Tanach from the Herzog College. Rav Yair taught Gemara at Orot Yehuda (3 years), an Israeli high school and was the Ram of grade 11. Rav Yair served as the Director of the Overseas Program at Yeshivat Hesder Otniel. In addition to directing the program, Rav Yair served as a Ram to both Israeli and Overseas first year students and taught Gemara, Tanach and Chasidut. Rav Yair then continued to Yeshivat Orayta (4 years), where he served as Director of Informal Education, a Ram and Rosh Kollel in the yeshiva. During the summers Rav Yair has been involved in Bnei Akiva programs and worked with the Kol HaNearim program, which brings volunteers to Israel to organize summer camps for children at risk.  He also served in the Infantry Corps in the IDF. Rav Yair and his wife, Tanya, have three children, Ohr-Eitan, Adiel, and Roni Shirat Yocheved.

Founder, TVA; Executive Director of Bnei Akiva of the US and Canada

Rav Shaul Feldman is the Executive Director of Bnei Akiva of the US and Canada and just recently served as the campaign manager for the Religious Zionist Party in the World Zionist Congress elections. He received smicha from the Chief Rabbinate of Israel and a law degree from Bar Ilan Law School.

Today, Rabbi Feldman is a highly admired Rav both in Israel and North America and mixes a keen mind with humor and a down to earth nature. After serving as a paratrooper in the IDF, he went on to teach in the Kerem B’Yavneh overseas program, Stern College and Torah Mi’Zion Kollel. In the past six years, Rabbi Feldman built a network of Bnei Akiva Shlichim (Israeli emissaries) sent to North America, consisting of 11 families and over 20 young shlichim. He also founded the new Moshava Ba’ir day camp network that serves close to 1,000 campers in several states. Most recently, he founded Yeshivat and Midreshet Torah v’Avodah.

Rabbi Feldman is married to Libby and has 5 children. 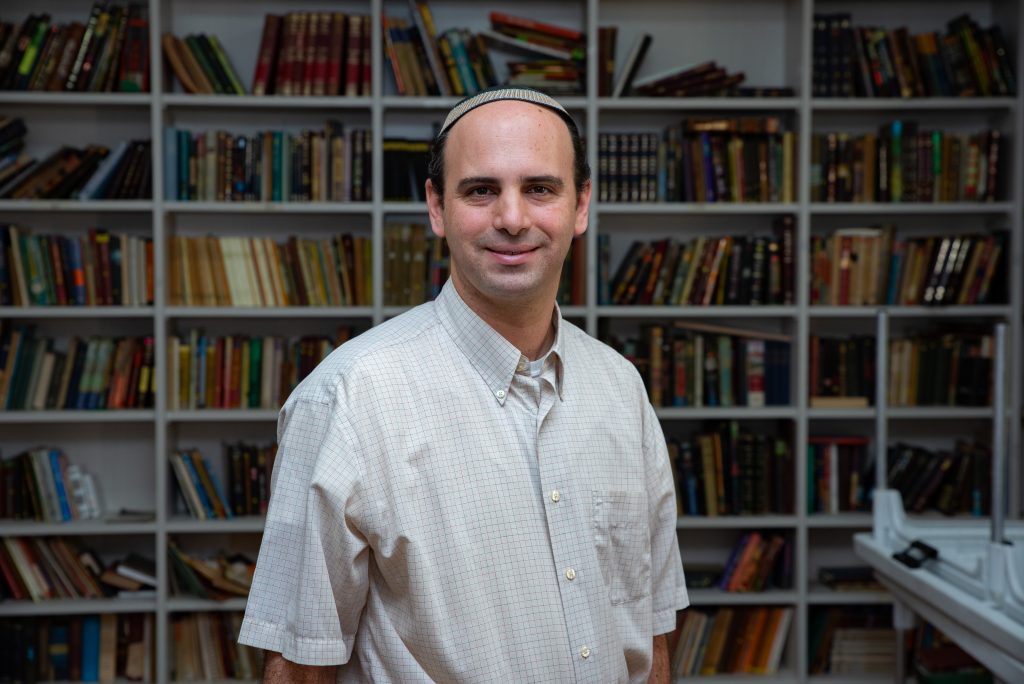 Dan Katz has been serving as the Director of Bnei Akiva’s Mach Hach BaAretz touring program for the past eight years, and as a Rebbe and Alumni Coordinator at Yeshivat HaKotel for the past fourteen years. He has spent many summers as part of the leadership team at Camp Moshava, Indian Orchard, and was an active member of Bnei Akiva of New York before coming on Aliyah fourteen years ago. Rav Dan holds a bachelor’s degree in psychology from Columbia University, a masters in Jewish Education from Yeshiva University’s Azrieli Graduate School of Education and Semicha from Yeshiva University.

Rav Dan has worked with thousands of teens, young adults and parents over the course of his career. He is consistently recognized as an extremely talented educator, always respectful of each and every person with whom he deals and perpetually calm and level-headed. The YTVA/Chovat administration is confident that his unique talents will bring a fantastic new vibe to the beit-midrash, and that his professionalism and dynamic personality will add immeasurably to the YTVA/Chovat experience. 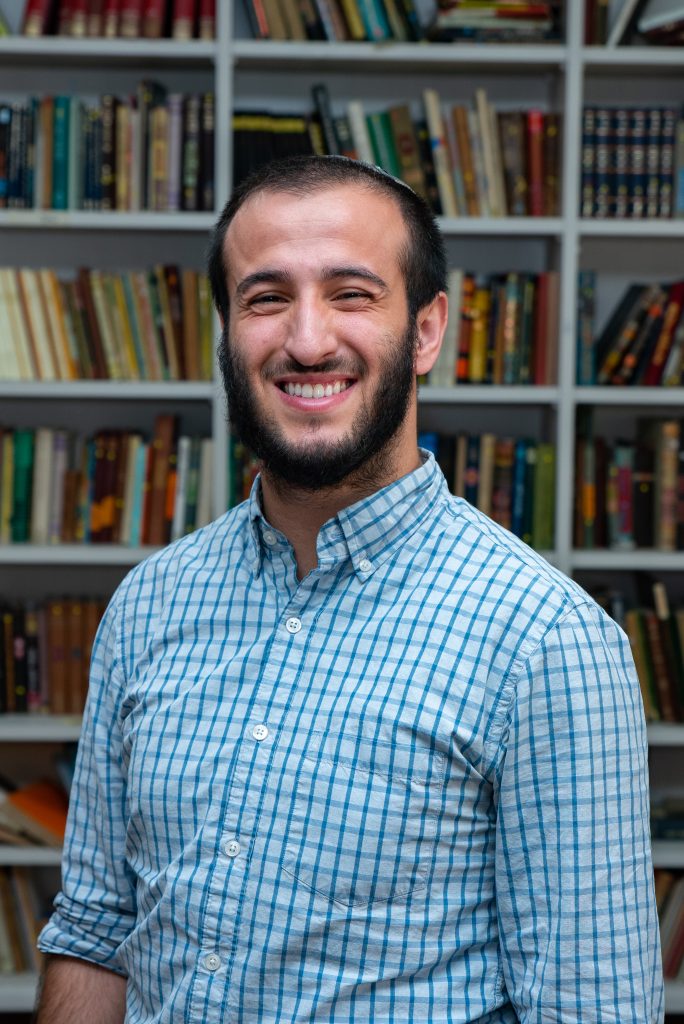 Rav Albert is originally from Houston, Tx. After graduating high school from Robert M. Beren Academy, he learned in Yeshivat Orayta for 2 years. Following Orayta, he officially made Aliyah and joined hesder (a program that is a joint service of army and Yeshiva) in Yeshivat Otniel. He has a B. Ed from Herzog college and an MSW from Yeshiva University. He has been working in Yeshivat Torah V’Avodah as a Rebbe for 3 years. He is married to his wife Gabi, also originally from Houston. They have 2 beautiful children, Tzofia Techelet and Lev Daveed. 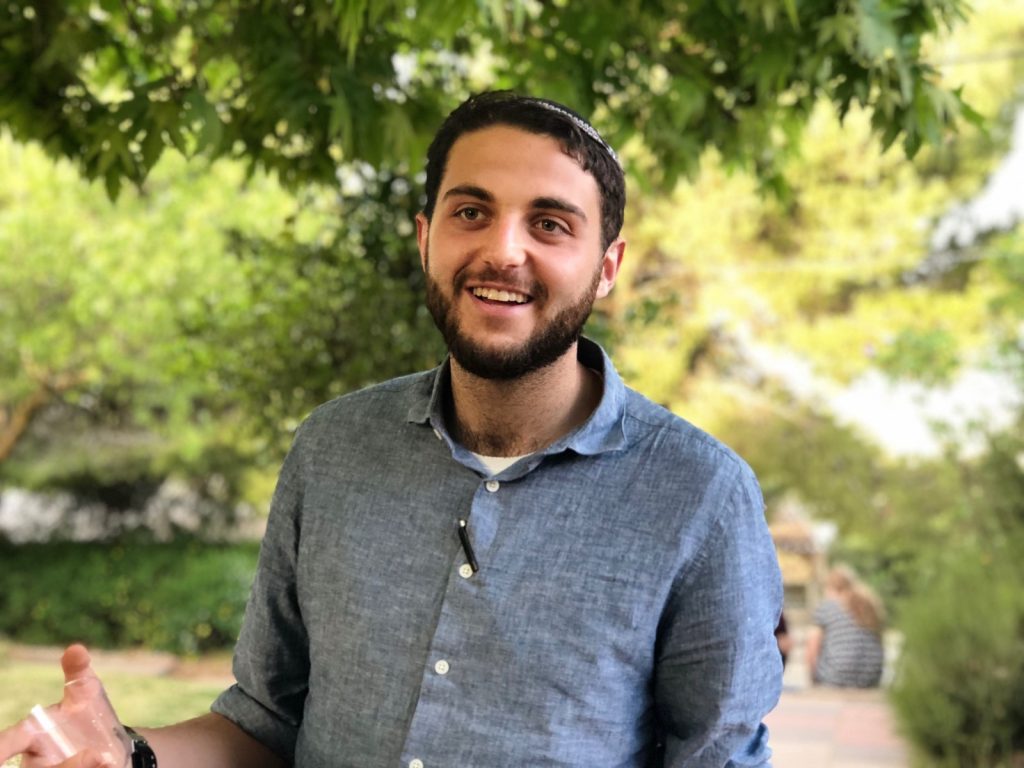 Rav Yishai Abrams hails from Johannesburg, South Africa and learnt for seven years at Yeshivat Har Etzion and Yeshivat Ramat Gan. He served as part of the Handassah Kravit (Combat Engineering) unit in the IDF and is currently pursuing a B.A. in History and Education at Israel’s Open University. Rav Yishai has vast experience working with Bnei Akiva around the world and is passionate about developing the youth into the hopeful leaders of the future. He loves music and baking and lives with his wife Rachel (a nutritionist) in Jerusalem where she is an Eim Bayit for MTVA. 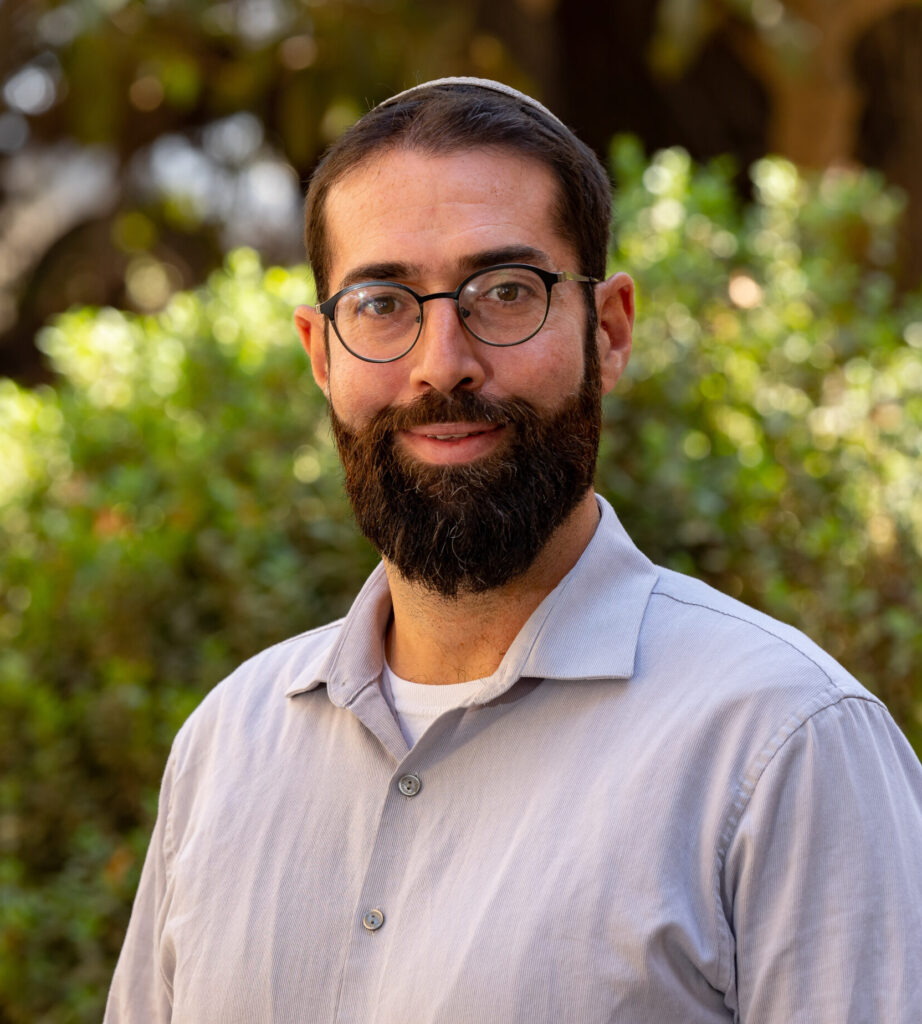 Dani Eisenstock studied in the Otniel yeshiva and served in the IDF as a combat medic. He received is B.E.D in Jewish Philosophy from Herzog College and Masters degree in Community Leadership and Midrash from the Schechter Institute.
Dani has been involved in Bnei Akiva for many years in Moshava Indian Orchard and Mach Hach Baaretz. He was a shaliach for Torah Mitzion in Kansas City and spent time in Omaha Nebraska helping the community in various facets.
He has taught Talmud, Jewish History, Chassidut in many yeshivot and seminaries. Since 2015 he worked on bridging the gaps in Israeli Society and amongst world Jewry through his work at Gesher.
Dani lives in Efrat with his wife Liza and their four children Noam, Idan, Ayala and Amiad. 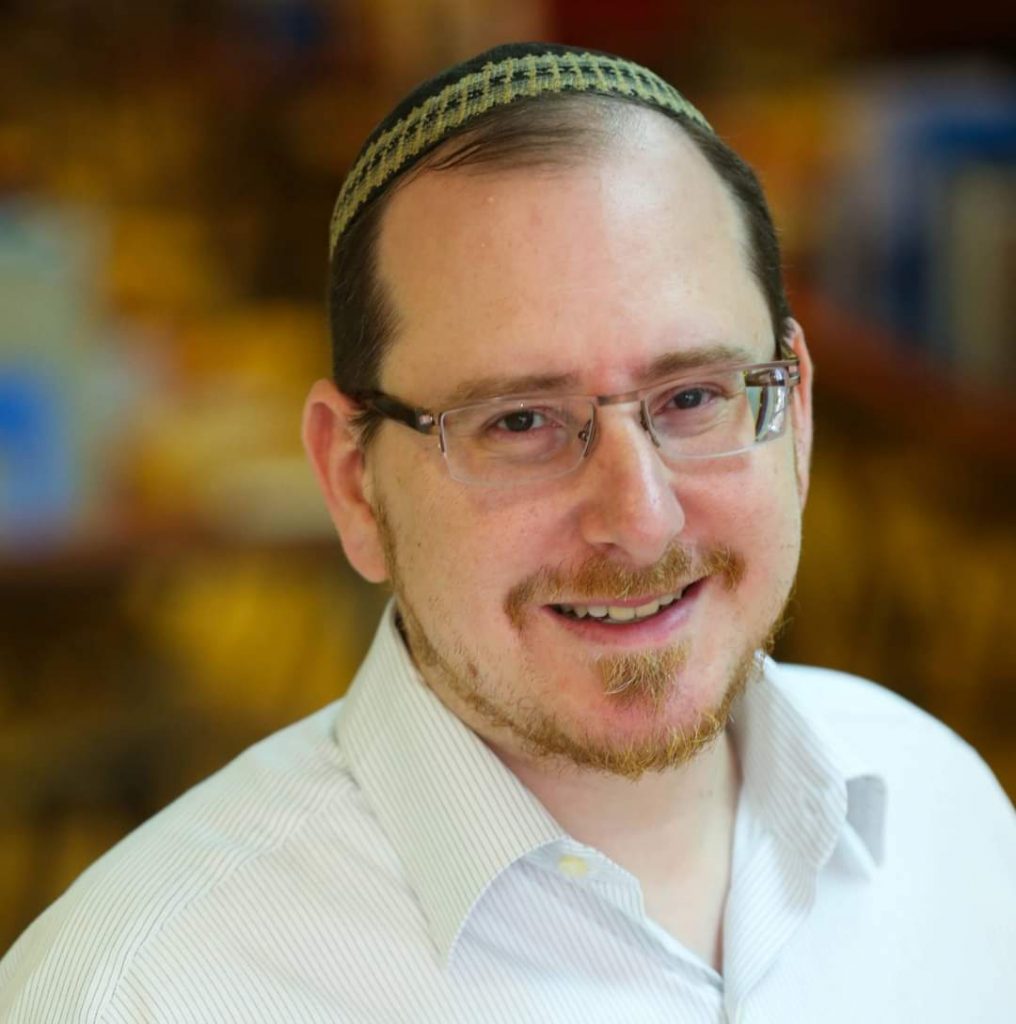 Rabbi Ely Allen’s parents are from Cairo, Egypt and lived there until the 1960’s, when they fled to France, and then later to the US. Rav Ely earned a BA in Psychology at Fairleigh Dickinson University and Semicha from YU. Before making aliya, he was the Director of Hillel of Northern New Jersey and a faculty member at Yeshiva University. He is the Founder of the Jewish Outreach Network, which has hosted thousands of people. He also served as the Rabbi of Sharei Orah, the Sephardic Congregation of Teaneck, NJ. Rav Allen currently lives with his wife and family in Ramat Beit Shemesh. In addition to teaching at three different institutions, he also spends time as an investment manager and business consultant. 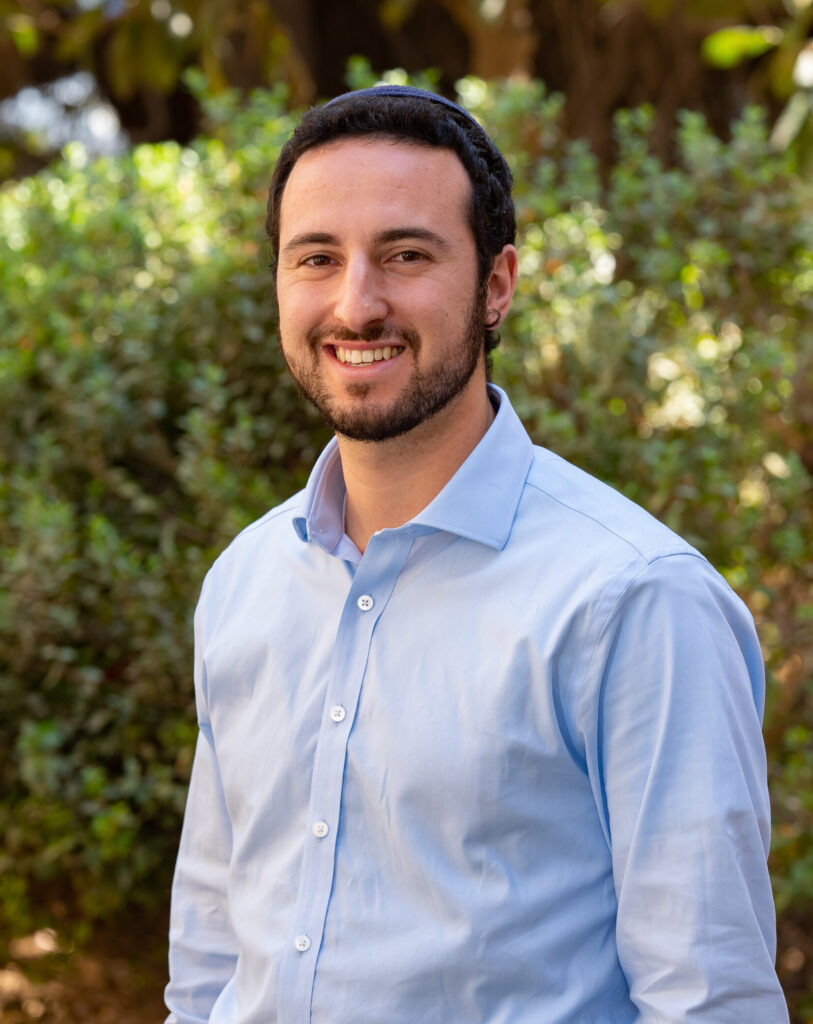 Eli Weinstein grew up in Teaneck New Jersey and moved to Yerushalayim just three years ago with his wife Arianne (Pinchot) and their three children, Miri, Ari Shalom, and Shoni. After going MTA for high school, he spent two years adventuring into the self and the Torah in Yeshivat Sha’alvim. From there he went to Yeshiva University’s business school, focusing on Business Management, Marketing, and the dialogue between Torah and Western Thought. Following university/Yeshiva, Eli continued learning for semicha which began in YU in Manhattan, and continued for the past two years in YU’s Yerushalayim campus (Gruss).  Eli loves learning, spiritual adventures, touring, and making life as colorful as possible. Though it is only his first year in TVA, he quickly became part of the family. And living only a few hundred feet from the yeshiva’s campus, the chevra too, quickly became a part of his.